My name is Kate and I was born in Dublin. 18 years ago I had my first Holotropic experience on a recommendation from a dear friend. I immediately recognized its potential for my healing and decided to attend regular workshops.

The family I grew up in was loving and caring but was not without its difficulties. When I was a young child my mother was diagnosed with “Endogenous” depression which I later realized had a significant impact on the relationship I had with myself and others.

As well as training as a nurse and midwife, I later trained in Traditional Chinese herbal medicine, Celtic herbalism, Acupuncture, Chigong & Taichi, Reiki, and Celtic shamanism. I have held my clinics for 24 years, in South Dublin, Ireland, offering support to people managing depression, addictions and spiritual crisis, also in support of women preparing for pregnancy, labour and parenthood.

I started my Holotropic Breathwork training in 2007 certifying in 2012.
The Holotropic approach has brought me new understandings of the various aspects of my mother’s illness and how it affected my way of being and relating in the world. In 2017, I came to a point in my life where my deeper layers of protection were stripped away. It was a raw time. I was lovingly supported by colleagues and friends in the breathwork community and close family members, after which I arrived to a fuller and deeper connection with myself and the world around me. It has led me to find my voice, my creative channel and my true nature.

Through Holotropic Breathwork I discovered a system of healing that supports people to find the courage to heal deep trauma and depressive states, which can be used alongside the existing medical model. Also, a system that supports people in holding less fear around the dying and birthing processes.

I regularly offer Holotropic Breathwork workshops in Ireland, Scotland, and have worked elsewhere in Europe and America. 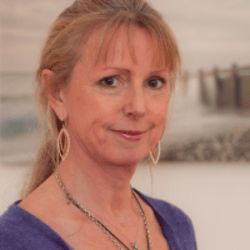 Join Celtic and Caledonian Holotropic, in the heart of Co. Wexford, Ireland, for a weekend of adventure, surfing your inner landscape in a holotropic state of consciousness. The vehicle is your body - the technology is Holotropic Breathwork™ - the fuel is your breath...

Join Caledonian Holotropic, in the heart of Scotland, for a weekend of adventure, surfing your inner landscape in a holotropic states of consciousness. The vehicle is your body - the technology is Holotropic Breathwork™ - the fuel is your breath...