Inka was born in 1972, grew in Czechoslovakia. Now  lives in a town in the Norhtern Bohemia, where if it is not raining, it is snowing or uphill. Became an environmental scientists specialized in groundwater contamination surveys and clean-up, living in a long-lerm partnership with her life partner, mother of three. Knowing about holotropic breathwork since  early nineties as a part of natural philosophy studies, took her first holotropic breathing event in 2008. It brought profound spiritual and healing experience and led so far to many years on the path of personal growth and work with enhanced states of consciousness, reached through holotropic breathwork and other psychospiritual approaches. She is fond of using these healing and self-explorative modalities both for herself and others.

Facilitation of holotropic breathwork – since 2016

Facilitation of female circles and intuitive dancing groups   - since 2011 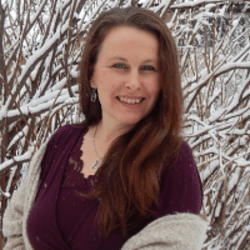